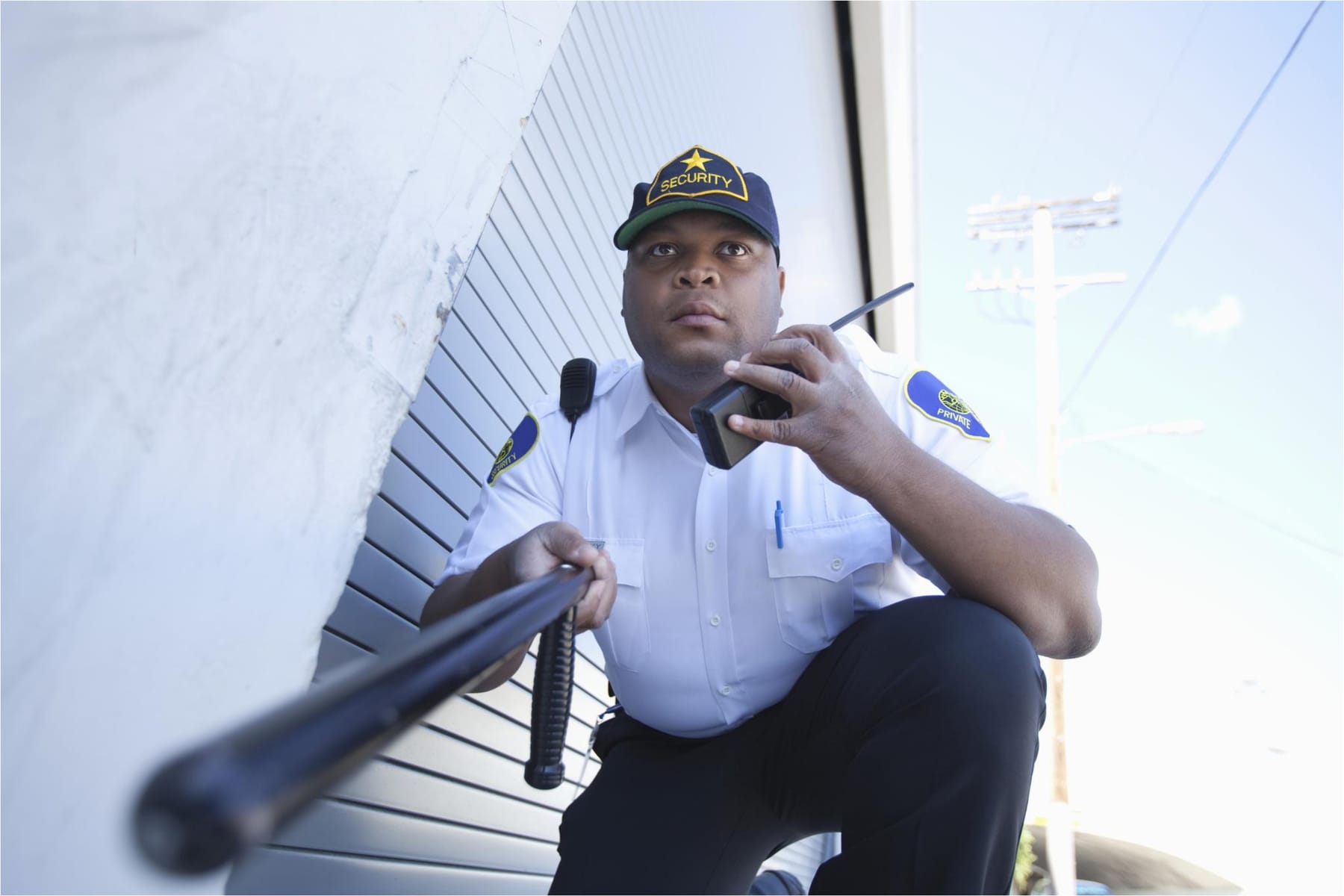 Security jobs can be classified into private and public sectors. Public sector security jobs are normally offered to those who have passed relevant exams. The exam includes various practical tests, including aspects of unarmed combat and riot control.

Entry requirements for all public security jobs are generally the same. Applicants need to be physically, medically, and psychologically fit for the job, and they should also have good communication and analytical skills.

1. Police officers who investigate crimes and take the alleged perpetrators into custody (along with performing other tasks such as issuing traffic tickets, writing up reports on incidents that require police attention but do not rise to the level of an offense that warrants arrest, etc.)

2. Civilian security guards who control access to buildings used by the public; these jobs require that the applicant be in good physical shape and have undergone formal training in unarmed combat (self-defense tactics)

3. Security personnel at places of employment who perform tasks such as ensuring the safety of employees and guests, escorting suspected lawbreakers to a secure holding area within the building, and securing offices and other work areas after hours

6. Security personnel who monitor and maintain security operations at places of public assembly; such duties may include managing stages, security checkpoints, and other areas where people gather to watch plays or listen to concerts or speeches by famous people

7. Authorities who investigate crimes and other situations that require their expertise in the legal system

8. Police officers responsible for controlling traffic at intersections and in other areas where many vehicles travel

9. Security personnel who are responsible for maintaining order at events such as sporting events and concerts (e.g., their duties may include making sure that security rules such as no weapons on site are being followed, making sure that nobody is being disorderly or is behaving offensively, etc.)

Private security jobs are usually related to the protection of private and commercial property and people.

They may also be required to find and report any instances of employee theft or stock losses. Some may be asked to intervene in possible thefts or fights between members of the public.

Private firms usually provide suitably trained and experienced personnel, so job requirements are less stringent than for public sector jobs. However, as with the public sector, most private security firms require applicants to pass appropriate qualifications and physical tests.

1. Armed guards who work in private security establishments, such as shops and homes

2. Private investigators who investigate a crime or theft on behalf of an insurance company or a business

3. Security personnel at airports, public buildings, and other areas where the general public has access to have their belongings scrutinized before entering the premises; these jobs often require that the applicant be in good physical shape and have undergone some formal training in self-defense tactics (unarmed combat)

4. Crowd/event control staff hired to manage large crowds at concerts or other public events by ensuring safety among attendees and policy compliance concerning prohibited items (such as alcohol), disorderly conduct, etc. These jobs often require that the applicant be in good physical shape and have undergone formal training in crowd control tactics such as de-escalation

This field is usually known as information security or IT security, and is the practice of protecting computer networks and systems from cyber threats.

In general, cybersecurity jobs are those jobs designed to identify, prevent, and respond to cyber threats. It can also be construed as the practice of manipulating information systems to protect them from unintended or unauthorized access.

Most cybersecurity jobs require a bachelor’s degree, four-year college degree, or a master’s degree. In a world where the cyber threat is growing, those with cybersecurity jobs are needed to counteract that threat. It is becoming a vital job area, and it is one of the most sought jobs nowadays.

Certain career paths can lead to a cybersecurity job. One of these is the information security manager, which requires a bachelor’s degree in computer science, information systems, or a related field.

As with other security fields, cybersecurity jobs are found in the private sector and, to some extent, in the public sector.

Cyber security jobs in the public sector are found at various levels of government, including the state and local levels. Typically, a bachelor’s degree in computer science, information systems, or a related field is required for entry. Most also require formal education and/or work experience in such an area.

If you want to pursue a career that involves classified information as part of the military or government, you also need a security clearance. This process is called vetting. The type of clearance that you need depends on what job you want to do. You may be asked to submit a detailed questionnaire or to have a complete health examination with your family history.

A simple cryptographer’s job is to encode messages so that only the intended recipient can make sense of them. Leaders may also use cryptographers to handle or manage secret information for the government, including national secrets and classified information.

The ISO role is to protect, defend and secure sensitive information, computer systems, and networks. The job of an ISO involves assessing any potential risks, hazards, or vulnerabilities in the work environment and implementing corrective measures to protect the company’s assets.

A manager of information systems (CISO) is responsible for the computer and information resources, ensuring that they are up to date and safe from attacks. CISOs typically work with other teams in the company on these issues but may also be responsible for specific components such as email or IT backup.

The job of a security analyst is to analyze the security levels of an organization or company. They can do this by reviewing their structure and policies, assessing risks, performing assessments, or even doing vulnerability scans. Security analysts may work on a team with others in the same field.

The job of a security architect is to design an information system that can keep information and data safe from unauthorized disclosure, damage, or destruction. They assess the company’s needs for ensuring security and determine how to meet those needs best. Once the plan is in place, they work with various departments within the company to ensure that everyone is working together.

A security consultant focuses on preventing and responding to security violations. Companies often hire them to provide services related to risk management. Depending on the company, one may be employed by a law firm or risk consulting firm.

A security manager’s job is to protect their company or organization from risk and threats. They oversee all aspects of the security function to ensure that the company’s resources are safeguarded and a safe environment for employees.

Office-based security jobs: office guards are responsible for maintaining the security of the place where they have work. They have to check the doors and windows of the site to ensure that no one could break-in.

Different types of guards have different responsibilities. For example, a guard has to check that nothing is stolen from the office and monitors areas such as the fire escape in case of emergency. They also monitor the traffic in and out of the office. They are also responsible for only letting employees come in at certain times of the day. The guards keep an eye on people and report any suspicious activity to their supervisor.

An armed security officer is responsible for protecting a specific area. The officer patrols the area’s perimeter and checks any entrances to see if there are any intruders.

A fire warden is a person who monitors the operation of fire equipment, such as fire extinguishers, sprinkler systems, and smoke detectors.

The Loss Prevention Officer is responsible for observing employees and customers to assess the risk of theft or other losses. They work with store managers to create and implement policies that will reduce losses in the store.

The Loss Prevention Officer also makes sure that employees are following the store’s safety policy strictly. This can be done by monitoring employee actions, evaluating their performance, or conducting searches of staff members on duty.

An office guard can do a variety of things. They might stand in front of a building, fight crime, or provide security for entries into a building. They might have to carry a gun or a baton. They might need to wear protection from head to toe.

People working in field-based security jobs are responsible for monitoring the area around something that you own or work on. For example, a school, factory, or a building that you live in. These men and women keep an eye on fences, doors, vehicles, and anything else they believe may be a threat to someone inside or around their workplace.

Their work may include anything from watching the traffic on a busy highway where the school is located, monitoring the perimeter of the school property to ensure no one has broken in or smoking on school grounds.

Below are just some of the different security jobs available to people interested in this type of work. There may be different positions available for people who want to work with different entities such as private companies, banks, government agencies, or other institutions.

They work to protect the border by performing patrols, inspecting cargo, and interrogating people who try to cross into the country illegally.

These officers monitor jail inmates during transport from prison or jail cells inside the facility and during activities such as a prison release or a courtroom appearance.

Police officers are responsible for maintaining law and order in a community. They investigate crimes and arrest suspects who have committed a crime. They take people into custody who are suspected of committing a crime or drug dealer. To be considered for this position, you must get a good education so that you will be able to handle the responsibility that comes with being a police officer.

5. Sheriffs and Other Law Enforcement Agencies

These jobs can be an alternative career path for anyone interested in the security sector but might not meet the physical or academic requirements of a security job.

Even though these jobs are not security jobs per se, you may still have to go through the screening process and be cleared before getting a full-time position.

1. Military and government positions whose duties involve defense and the need to protect the lives, property, and well-being of citizens; some such jobs require that the applicant be in good physical shape

2. Postal workers who are responsible for delivering mail on time; such jobs may require that the applicant be in good physical shape

3. Gas/oil/electricity or water utility workers who make sure that the utility services of a community are functioning properly

4. Employees whose duties involve inspecting buildings, process areas, or other such facilities to ensure that safety measures are being followed

5. Transportation officials who are responsible for ensuring that roadways and other transportation facilities are safe

6. Students who are responsible for protecting property or monitoring for the presence of unauthorized persons on campus/in other areas where they are attending classes

8. Hospital personnel who are responsible for ensuring that patients receive quality medical care in a safe environment

10. Employees whose duties involve making sure that the power grid is functioning correctly and in a safe manner

11. Employees responsible for ensuring that the security of communications systems is being maintained

There are many different types of security jobs. It’s a growing and exciting sector, and there are many opportunities to make this a thriving career if that is what you want to pursue. 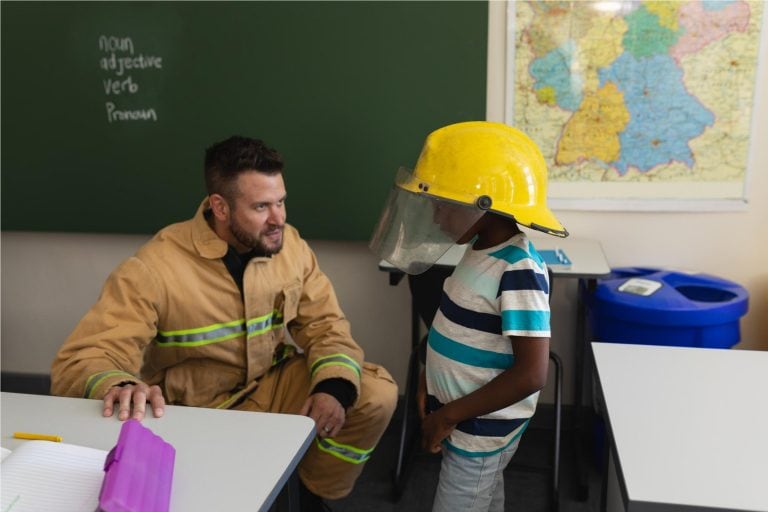